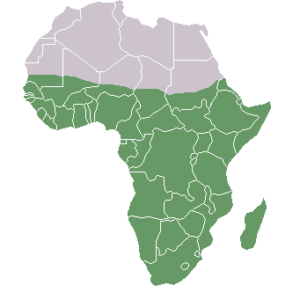 Many Americans wonder why our federal government keeps working against our interests and how it can be brought under control. An important step in the solution is to understand what Washington is doing — no easy task, as we shall see.

The “Electrify Africa” act is a prime example of what Congress is doing that it should not.   The Act would set development priorities for foreign nations and subsidize that development (through loans and loan guarantees).

In the previous (113th) Congress, the House passed this unconstitutional foreign meddling as H.R. 2548 on May 8, 2014 (see our scorecard, 113th Congress, Session 2, roll call 208). Only 1 Democrat opposed the measure, whereas Republicans were fairly evenly split —106 in favor to 116 against.   Fortunately, the Senate didn’t pick up the authorization measure, and it died — that year.

However, a similar version, S. 2152, was brought up in the Senate late last year and passed on a voice vote. Then on February 1 of this year, the House suspended the rules (2/3 vote required) to pass S. 2152, again on a voice vote. Not a single representative demanded a recorded vote. The president signed the measure into law a week later.

Those U.S. representatives arguing in favor of the measure spoke forcefully regarding how the Act would address the terrible electricity shortage that is holding back Sub-Saharan Africa economically.   The lead Republican advocate in the House, Representative Ed Royce of California, stated:

“[T]oday 600 million people living in sub-Saharan Africa — that is 70 percent of the population— do not have access to reliable electricity….

“Why do we want to help increase energy access to the continent? Well, to create jobs and to improve lives in both Africa and America. It is no secret that Africa has great potential as a trading partner and could help create jobs here in the U.S.”

Sounds reasonable, doesn’t it? Yet we see several major problems. First the U.S. Constitution does not authorize foreign aid. Our government has neither responsibility nor authority to advance the welfare of other nations with taxpayer dollars, particularly when our nation is seriously in debt.

Second, private enterprise and foreign capital should be eager to make such investments as long as the regimes in those nations are stable and respectful of foreign investment.

However, here is the crux of our concern: Supporting socialist regimes may help build Internationalist control, but it is no way to help a people economically.

Ever since World War II, the Internationalist-controlled U.S. State Department has established a long, consistent track record of supporting socialist, even Communist regimes (e.g., Red China, and initially Fidel Castro), and undermining pro-Western regimes (e.g., backing the Sandanistas in Nicaragua against Anastasio Somoza and working to oust the Shah of Iran, replaced by the Ayatollah Khomeini).

As informed skeptics, we have to regard the humanitarian arguments as insincere pretexts to support a power-grabbing agenda.

The techniques employed in collectivist strategy are not new. Nineteenth-century French statesman Frederic Bastiat wrote that governments seek to increase their power by “creating the poison and the antidote in the same laboratory” — that is, by using government resources to exacerbate problems which can then be used to justify statist “solutions.”

The same strategy has damaged our economy. Government programs have provided both the carrot and the stick to drive heavy industry and manufacturing abroad. And collectivists would have us believe that more government programs are the solution to restoring our economic health.

For more on the solution, please see our “Congress Is the Key!” menu item.