Say “No” to Socialized Medicine

Politicians continue to use a phony humanitarianism as a pretext for a cynical socialist power grab — government control of American health care.

The organized international campaign to have the governments of the world take charge of health care dates back to the first half of the last century. See this incisive 1950 editorial by Robert Welch in the Boston Herald  warning of the danger for America.

America did not become a beacon of hope to the world because of paternalistic government, but because government got out of the way and let the people produce and keep the fruits of their labors. The American health care system does need reform — real reform of getting the federal government out of the system. The Constitution does not authorize any federal involvement in health care and for good reason. Taking care of our medical needs is not why the Founders proposed a strictly limited federal government.

• Freedom First Society urges members and friends to contact Congress and voice their opposition to any expansion of government’s involvement with our nation’s health care. (Also, see our June 2009 Action Alert and our July 16, 2009 Action Alert.)

• On October 1, 2009, Freedom First Society posted its rebuttal to President Obama’s September address to Congress, in which he urged passage  of new healthcare reform legislation.

• On August 22, 2009, Freedom First Society posted links to two video clips of Congressman Mike Rogers (R-MI) arguing against the proposed healthcare “reforms.” Congressman Rogers is a cancer survivor, who believes his condition would not have been discovered in time under a system of government-controlled medicine. As such, he is particularly passionate and persuasive in opposing the dangerous transformations in health care currently being promoted.

• On August 6, 2009, Freedom First Society interviewed Dr. Max Chartrand, a veteran in the fight against socialized medicine since the late 1980s. Dr. Chartrand’s alarming remarks provide valuable insight into the damage President Obama’s so-called reforms would do to health care, the economy and our freedoms.

• On August 4, 2009, Freedom First Society posted a link to a revealing 2-minute YouTube video of remarks by President Obama on health care legislation. Compiled by an independent media watch website, the assembled clips capture the president engaged in deceptive advertising while promoting his health care “reform” goals. We urged members and friends to share this link with comments (theirs and ours.)

Excellent background reading documenting the subversive origins and agenda of the drive for national compulsory health insurance is contained in two books:

Marjorie Shearon witnessed the subversive agitation for socialized medicine from within the Executive Branch while she worked as a researcher in the Public Health Service. In 1945, she went to work for Senator Robert A. Taft (R-Ohio) “for the express purpose of helping him to defeat national compulsory health insurance.” In 1961, she was the sole opposition witness against Wilbur J. Cohen at his Senate confirmation hearings on his nomination as Assistant H.E.W. Secretary. As Shearon documents in her book, Cohen was instrumental in misleading the Congress into adopting Medicare. Comparatively dry reading, but an incredible story filled with invaluable history of the subversion that explains the continuing drive for socialized medicine. (Campaign launched August 2009)

Also read here our summary of the drive as Chapter 1. Socialized Medicine in  Media-Controlled Delusion (a 64-page booklet by Freedom First Society.

Posts providing support for this campaign: 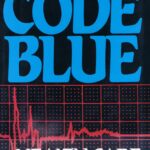 The claim that the federal government should provide welfare has no basis in the design of America’s Founders. However, socialists rely on precisely that notion to create an ever-larger federal monster. Read more 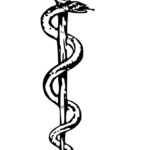 “The firm precept of dialectic materialism, whether expressed as one step backward for two steps forward, or two short steps backward for one long step forward, has always made these concessions to the necessity of deception an absolute requirement and precaution in all Communist progress.” — Robert Welch, American... Read more
Why Survival of the Nation and Its Constitution Depend on Repeal of ObamaCare Editor’s Note: Freedom First Society commissioned a series of interviews with Dr. Max Stanley Chartrand, who formerly served on the DC-based Healthcare Equity Action League. In this segment, we are interested in his insights into the potential... Read more
Fighting Only the Tips While Ignoring the Icebergs Will Surely Sink the U.S. & Her Constitution Q: Hello, Dr. Chartrand. So much has happened since our last interview… A. Paul, it almost seems strange that we’re up against an even more formidable final push toward ObamaCare today than when we visited this... Read more
“Senate Passes Bill Modifying New Health Care Law” (CQ Politics, 3/25/10) <link error> Read more
“Obama, Republicans Square Off at Health Care Summit” (CQ Politics, 2/26/10) FFS: With congressional elections just around the corner, Washington is responding to voter wariness over Democratic plans to “fix” health care. Article reports on latest partisan exchanges. Read more
“That rock in the health-care road? It’s called the Constitution.” (George Will, The Washington Post, 1/14/10) FFS: “Leans” toward a principled defense, but no mandate for action. Read more
“Mandate to buy health insurance might not be constitutional” (The Seattle Times, 1/19/10) FFS: Offers a weak defense of limited Republican government, but raises provocative arguments. Read more
“Texas AG threatens lawsuit over health insurance” (Dallas Morning News  01/06/2010) <link error>   Read more
“Fasten Your Seatbelts: Bumpy Ride Ahead”  (Chicago Tribune, January 5, 2010) FFS: A realistic, but unfortunately not principle-based analysis of the legislation being steamrolled through Congress. Read more
Q: Hello, Dr. Chartrand. The healthcare debate has heated up tremendously since our last interview. What are your thoughts? A: Hello, Paul. Yes, much has transpired since our interview of more than four months ago. Two things come immediately to mind. First, the vast majority of taxpayers in this country... Read more
“I repeat — what I am recommending is not socialized medicine.” — President Harry Truman, message to Congress, November 19, 1945 “Like it or not … socialized medicine may well be on its way to America.” — Wall Street Journal, 11/25/2008 In a nationally televised address to Congress on September 9, 2009, President Barack Obama... Read more
On August 6, 2009, Freedom First Society had the privilege of interviewing Dr. Max Stanley Chartrand, who has been a leader in the fight against socialized medicine since the late 1980s. Q. The subject of socialized medicine has been of concern to you for many years. When did you... Read more

2 responses to “FFS Interview of Dr. Chartrand on Socialized Medicine”