Dismantle ATF to Save Our Gun Rights 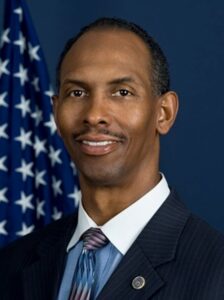 “[T]he evidence provided by ATF thus far demonstrates that such records likely have little utility in prosecuting crime, yet raise serious concerns about whether ATF is creating a prohibited national gun registry.” — Letter from Congress to the Bureau of Alcohol, Tobacco, Firearms and Explosives, February 3, 2022

36 members of Congress signed the above letter questioning the Bureau of Alcohol, Tobacco, Firearms and Explosives (ATF) on their motives for collecting nearly a billion records from federal firearms licensees (FFLs).  We, too, would like some explanation to be given to the American people for these actions. However, we think we can guess at this organization’s goals, and probably with more accuracy than we’d find in any admission on their part.

With the passing of laws like the National Firearms Act of 1934 and the Federal Firearms Act of 1938, we saw legislative infringements against the right to bear arms increase.  Corrupted legislators began to disregard the protection of that right by the Second Amendment.

A stream of such laws has done nothing to prevent the horrific violence we see repeatedly in the media: they serve merely to punish law-abiding citizens.  Clearly, the claim that the laws protect us is a fraud for the laws target the law-abiding, not the criminals.  Laws don’t keep guns out of the hands of criminals.  The protection claim is just a pretext to cover up steps leading to civilian disarmament. And a gun registry, such as is already in the works by ATF, is one of the most egregious leaps toward gun confiscation that we face today.

The goals of the unconstitutional ATF fit right along with the agenda of conspirators for totalitarian control. Their design is to subject the American public to fear and unrest, and thus persuade the people to give up the God-given right of self-defense willingly. And once the right to bear arms is relinquished, there is no chance to save the others.

In short, the letter from Congress gets at the right idea of questioning ATF. However, the solution will not be for ATF to restructure its actions. The only result that will truly save the American people is to “Stop ALL Gun Legislation, NOW!” and ROLLBACK prior legislation including dismantling the firearms regulating ATF.

One response to “Dismantle ATF to Save Our Gun Rights”