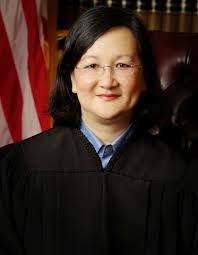 One principal explanation for our ongoing “catch and release” border policy — according to the Executive Branch and most of the major media — is that:

Legal loopholes are exploited by minors, family units, and human smugglers, and are a magnet for illegal immigration.…​ These loopholes create a pull factor that invites more illegal immigration and encourages parents to pay and entrust their children to criminal organizations that will smuggle them in — often while abusing and molesting those children along the way.  — DHS Release, Unaccompanied Alien Children and Family Units Are Flooding the Border Because of Catch and Release Loopholes, Feb. 15, 2018

The two “legal loopholes” which this DHS (Department of Homeland Security) Release cites are the Flores Settlement Agreement (FSA), 1997, and the William Wilberforce Trafficking Victims Protection Reauthorization Act (TVPRA) of 2008. The Release claims that these mandate, effectively, the Executive Branch’s “catch and release” policies for “unaccompanied alien children” (UACs), and for “family units” as well.

However, a careful look at these alleged loopholes shows that blaming them for “catch and release” is a red herring. Let’s examine each of these “legal loopholes” — in chronological order of creation — and what the DHS claims about them.

The DHS Release wails and gnashes its teeth about the 1997 Flores Settlement Agreement — and, how it has spawned “multiple onerous court decisions that handicap the government’s ability to detain and promptly remove UACs.” More specifically, it alleges that the FSA handicaps such ability in two ways:

But the limit of “20 days” appears nowhere in the Flores Agreement; it says only that the government must release a minor “without unnecessary delay.” In fact, it was Judge Dolly Gee, of the Central California Federal District Court, who in her ruling of July 24, 2015 read into that phrase, arbitrarily, the “20 days” meaning.

But the DHS can realistically say that these minors are not generally going to appear — and indeed, they and other experts have often so implied. In fact, in this very Release the DHS complains that “UACs frequently abscond and fail to appear for their removal hearings before an immigration judge — with 66% of all removal orders for UACs from FY15 to FY17 resulting from a UAC’s failure to appear for a hearing”! How, then, can they turn right around and claim that under the FSA, “DHS can only detain UACs for 20 days before releasing them”?

The 100,000+ UACs who were released [from FY16 to date] are in addition to the more than 167,000 family units (i.e. alien children who are accompanied by an adult claiming to be a relative or guardian) that were apprehended by U.S. Customs and Border Protection from FY16 to date.

This claim that parents of minors must, in general, be released with their minor children is so duplicitous, it’s astonishing. Here again, the FSA said no such thing: this is another invention of Judge Dolly Gee’s 2015 ruling. But don’t take our word for it: on this we can cite the cogently-argued ruling of the Ninth Circuit Court of Appeals (to which the government appealed Judge Gee’s ruling) in this very same case (Flores v. Lynch).

A year after Judge Gee’s District Court ruling, the Ninth Circuit Appeals Court overturned that ruling’s part which said the FSA gives minors’ parents a right to be released. Judge Andrew Hurwitz, writing the opinion for the Ninth Circuit Court, made it unequivocal that: “The district court erred in interpreting the Settlement to provide release rights to adults. The Settlement does not explicitly provide any rights to adults.…​

The fact that the Settlement grants class members [of this lawsuit] a right to preferential release to a parent over others does not mean that the government must also make a parent available; it simply means that, if available, a parent is the first choice. — U.S. Court of Appeals for the Ninth Circuit Opinion on the ‘Appeal from the United States District Court for the Central District of California,’ July 6, 2016, pg. 19

Thus, according to the Ninth Circuit Court ruling in this case, the Flores Agreement has no requirement whatsoever that family units containing minors be released.[1]

The other “legal loophole” which the DHS Release cites is the 2008 TVPRA, or “Wilberforce Act.” The DHS Release suggests three distinct ways in which the TVPRA presents “catch and release loopholes.”

Thus, none of the “catch and release loopholes” which the DHS Release attributes to TVPRA seem genuine. On the other hand, the implementation of TVPRA has been disastrously mishandled — in ways that are tantamount to “catch and release” and do contribute greatly — and obviously — to this “magnet” that is causing recent border surges. It is worth taking a minute to see that these are not problems with our immigration law, but with how — and to what extent — the Executive Branch is enforcing it.

The serious problems in the way the government is implementing TVPRA are twofold:

Yet, again, this is all a matter of horrendous misapplication — rather than of bad law. Thus, as far as the TVPRA itself is concerned, it is hard to improve on CIS researcher Jessica Vaughan’s summary of its (non-)impact on the Executive Branch’s authority:

To be sure, the Wilberforce Act [i.e., TVPRA] could stand some tweaking. It complicates the processing of apprehended illegal-alien children from countries other than Mexico in ways that are easy for the immigration-advocacy industry to exploit, and it has proven to be very costly to administer.

But this law is not the main problem. Even if this Congress could agree on a fix, the effort would only distract from the larger issue of inadequate enforcement generally. It can be reasonably argued that most of the new illegal arrivals — including many of the children — are not even covered by the Wilberforce Act, since they were not victims of trafficking and are no longer unaccompanied after being reunited with their families…. Lawmakers should recognize that once again it is the president’s interpretation of the law that is the problem, not the law itself. — Jessica Vaughan Don’t Blame the Border Crisis on a “Bush-Era” Law

This and other DHS statements about the border crisis have claimed that both “legal loopholes” and “asylum loopholes” (as we discuss in a companion article) are “tying the hands” of the Executive Branch, such that:

… we are stuck with a system that sanctions catch and release. Due to legal loopholes and court backlogs, even apprehended illegal aliens are released and become part of the temporary, illegal population of people that we cannot remove. — DHS Release, Ibid., Feb. 15, 2008 [Emphasis ours.]

But it turns out this is just histrionics and hot air. The American people need to be aware of the falsehood of these claims. For they need to know where, precisely, and why our immigration system is breaking down.

And — even more importantly — they need to understand (as we discuss further in a companion article) that powerful, nefarious conspirators are trying to deceive us about it, hoping to leverage our misunderstanding so as to remove our control of our borders — on the way to destroying our limited-government system and our national sovereignty.

1. For another thing, even this imaginative construction in the 2015 ruling was crucially qualified — in a way the DHS Release neglects to mention: According to Judge Hurwitz (on pg. 4), the District Court ruling by Judge Gee “ordered the government to:
(1) make ‘prompt and continuous efforts toward family reunification,’
(2) release class members [of this lawsuit] without unnecessary delay,
(3) detain class members in appropriate facilities,
(4) release an accompanying parent when releasing a child unless the parent is subject to mandatory detention or poses a safety risk or a significant flight risk,
(5) monitor compliance with detention conditions, and
(6) provide class counsel with monthly statistical information” (emphasis ours).

Yet, arriving adult aliens are always subject to “Expedited Removal Proceedings” (unless and until determined to have a “credible fear of persecution”) — which do entail mandatory detention!

2. The three TVPRA provisions the Release cites are:
(1) “Under TVPRA, UACs [‘unaccompanied minors’] who are not from Mexico and Canada are exempt from prompt return to their home country [because, instead of being returned almost immediately, they must be put into “formal removal proceedings,” and transferred to the custody of the Dept. of Health and Human Services (HHS)]. We must amend the TVPRA so that all UACs who are not victims of human trafficking, regardless of country of origin, can be safely and promptly returned to their home countries.”
The problem here is that “not returned immediately” does not logically imply, “caught and released.”
(2) “We must amend TVPRA to limit the period to file asylum claims for UACs to one year consistent with all other applicants for asylum and ensure that these asylum cases are heard only in immigration court (no second bite at the apple).”
(3) “We must end abuse of the Special Immigrant Juvenile (SIJ) visa to ensure the applicant proves reunification with both parents is not viable due to abuse, neglect, or abandonment and that the applicant is a victim of trafficking. This is necessary as many UACs are able to obtain a Green Card through SIJ status even though they were smuggled here to reunify with one parent present in the United States.”
This is a reasonable suggestion. But to allege this visa-law’s causal connection with “catch and release” overlooks that going through the process of applying for, and (eventually) receiving, a residence visa is not a sort of thing which people refer to as “catch and release.”
3. The legal sense of “UAC” (Unaccompanied Child) entails that “there is no parent or legal guardian in the United States; or no parent or legal guardian in the United States is available to provide care and physical custody” (emphasis ours).
Given this legal sense of the term, the TVPRA appears to be inapplicable to a vast majority of the children coming in the current border surge. As Daniel Horowitz writes (for Conservative Review), “a vast majority are placed with parents or other relatives who are already in this country illegally.” Andrew Arthur of the Center for Immigration Studies (CIS) corroborated that in 2018: “In FY 2014, according to the Congressional Research Service (CRS), most of the UACs who were released were placed with parents or legal guardians.” And CIS’s Jon Feere, in 2014, commented: “According to advocates and media reports, around 90 percent of non-Mexican and non-Canadian children coming across the border are placed with family or guardians in the United States.”
4. Joseph Kolb is one of few authors to have brought this second issue to light (emphasis in bold here ours):
“The TVPRA calls for the HHS secretary to have the [unaccompanied] children promptly placed in the least restrictive setting that is in their best physical and emotional interest. This is the loophole HHS uses to place children with designated sponsors [who are] illegally in the United States. The law only refers to checking the sponsors’ immigration status, not [to] acting upon it. The perception by ORR [Office of Refugee Resettlement, within HHS] is that regardless of immigration status, placing the children with a parent is the preferred solution. The AP report found that more than 50 percent of the children were placed with parents.”