Guns, a “Public Health Crisis”? — Give Us a Break! 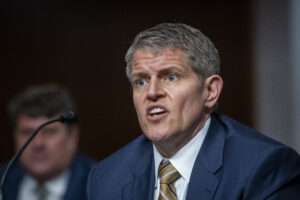 “A breakthrough federal study pegs the cost of firearm injuries at more than $1 billion annually, with public funding, particularly Medicaid, paying more than 60 percent of that.

The False Premise of Guns as a Public Health Threat
Since the onset of the COVID-19 pandemic, the federal government, with heavy influence from the CFR, has attacked our right to bear arms from a new angle. “Gun violence” is now being termed a “Public Health Crisis.” And why shouldn’t it be? Most Americans have already become accustomed to and accepted the unconstitutional federal involvement in healthcare since the passage of Medicare and Medicaid in the 1960’s and their continual expansion.

Now in the midst of a pandemic, many of our freedoms are being sidelined for the “benefit of everyone.” So, calling “gun violence” a public health crisis is the perfect excuse to execute the Insider disarmament objective. But we must realize that under the healthcare argument, the private automobile could be equally villainized along with private gun ownership as well as many other things that support a free society.

This “epidemic,” as Biden calls it, is actually fueled by a government-induced deteriorating economy, lenient punishments for violent criminals, and primarily, the demoralizing and disintegration of the family unit over the years by the Insiders and their liberal lackeys.

The Same Old “Solution”
For support, the Post quotes Rep. Carolyn B. Maloney (D-N.Y.), chairwoman of the House Oversight and Reform Committee: “[Maloney] said the report [from the Government Accountability Office (GAO)] ‘provides shocking new evidence of how gun violence strains our health care system.… Congress must do whatever it takes — including abolishing the filibuster if necessary — to address this public health crisis … and keep our constituents safe from gun violence.”

Some of these actions being pursued by the Biden Administration include budget measures and changing of the guard at the Bureau of Alcohol, Tobacco, Firearms and Explosives (ATF).

And the President’s pick to head the ATF is David Chipman, who comes with all the right credentials to disarm Americans. Take, for example, his 25 years working as an agent for the ATF and his current position as a senior policy advisor at Giffords Law Center to Prevent Gun Violence. According to Wikipedia, Giffords “is a national public interest law center which provides legal assistance to elected officials, government attorneys, and activists in the United States to promote gun control and to oppose firearm ownership.”

So, not surprisingly, Chipman’s record includes advocating for tougher gun laws, including limits on high-capacity magazines and an assault-style weapons ban. We must insist that our representatives block all new anti-gun legislation and the appointment of people like Chipman.

In a nutshell, CRT teaches that race determines one’s social standing. By singling out a particular race as shouldering the bulk of medical bills (and we know this burden really falls on the middle class, be they white or black), The Washington Post is loosely arguing that to not support stricter gun laws would be racist. It is repulsive that news commentators would esteem violence of any kind against one race as more significant than another.

All races do indeed deserve equal opportunity to succeed and to fail. And therefore, no class of persons should ever become dependent on the government for sustenance, housing, healthcare, or income. Unfortunately, CRT ignores the real causes of resistant inequality in America and will continue to stir up hatred and violence demanding “urgent action” toward a police state.

It’s Our Freedom to Save!
Because we have failed so far to restrain government from regulating our healthcare system and inflating prices, it may seem daunting to try to fight against complete civilian disarmament.

We have a lot to undo in Washington, but it can be done!

For a more in-depth analysis of the Insiders’ agenda to abolish our right to bear arms and what you can do about it, please obtain and read a copy of Disarming Americans! Aiming to Confiscate Our Guns.