Not Perfect, But Excellent 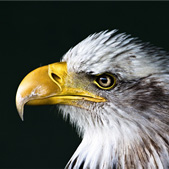 This article was originally published in our August 2007 Special Action Report.

America’s founders never intended for the people at large to choose a president, at least not directly. History and experience prove that most people do not do their homework and tend to be influenced by promises of political opportunists. This fact of life was well known by the men who laid the foundation of our country. Having learned from the colonial experience and other models dating back to Europe and Rome, our Founding Fathers were unwilling to leave the choice of president to a poorly informed — or misinformed — general public. Moreover, the creators of our country took great pains to prevent a national, billion dollar popularity contest every four years.

Rather, they conceived a method for keeping demagogues and pretenders out of the race. It was a brilliant, indirect way most likely to find the best man for the job. The system, explained Alexander Hamilton, incorporates the principle that “a small number of persons, selected by their fellow-citizens from the general mass, will be most likely to possess the information and discernment requisite to so complicated an investigation.” He then added, “It was also peculiarly desirable to afford as little opportunity as possible to tumult and disorder. This evil was not least to be dreaded in the election of a magistrate who was to have so important an agency in the administration of the government as the President of the United States.” (The Federalist, No. 68.)

Accordingly, the Convention of 1787 adopted an indirect method of electing a president. Each state would elect or appoint individuals well known for their wisdom to be presidential electors. The electors chosen in each state would, in turn, find private citizens of presidential caliber and nominate them by ballot. Each elector would vote for two, at least one of whom had to be from another state. No popular votes were to be counted. Congress would open the ballots and the individual with the most electoral votes, if that number also be a majority, would be president. This, the constitutional method of electing a president, was applauded by both friend and foe of the Constitution. In Hamilton’s evaluation of the process he wrote, “if the manner of it be not perfect, it is at least excellent.” Even the anti-federalists agreed.

The indirect system (later known as the Electoral College) provided for the office to seek the man, rather than the man to seek the office. We note with interest that this quiet, unemotional process, gave America its first and finest presidents. Washington, Adams, Jefferson, Madison and Monroe were men whose integrity and dignity met the qualifications our Founding Fathers had hoped to ensure. There were no demagogues in the nation’s highest office — that is, not until national political parties began to take charge of presidential elections.

Almost from the beginning the Electoral College was undermined by the rise of political parties. Our founders had taken every precaution to ensure quality presidential candidates and to prevent the electoral tumult and disorder characteristic of popular elections. But their worst fears were confirmed. The Electoral College was neutered by party control of the nomination and election process. Perhaps in anticipation of such a development, George Washington devoted a large part of his farewell address to warning Americans about the harmful effects of party and faction. In summary, he said:

I have already intimated to you the danger of parties…. Let me now take a more comprehensive view, and warn you in the most solemn manner against the baleful effects of the spirit of party…. It agitates the community with ill-founded jealousies and false alarms, kindles the animosity of one part against another…. [I]n governments purely elective, it is a spirit not to be encouraged…. A fire not to be quenched; it demands a uniform vigilance to prevent its bursting into a flame, lest, instead of warming, it should consume. (Writings of Washington, edited by L.B. Evans, p. 539.)

James Madison, often referred to as the “Father of the Constitution,” was no less fervent in warning against the rise of political faction, as he termed it:

By faction I understand a number of citizens, whether amounting to a majority or a minority of the whole, who are united and actuated by some common impulse or passion of interest, adverse to the rights of other citizens, or to the permanent aggregate interests of the community…. A zeal for different opinions concerning religion, concerning government, and many other points, as well of speculation as of practice; for an attachment to different leaders ambitiously contending for pre-eminence and power … have in turn, divided mankind into parties, inflamed them with mutual animosity, and rendered them more disposed to vex and oppress each other than to co-operate for their common good. (The Federalist, No. 10.)

Washington and Madison were not alone in their aversion to political parties. Most delegates at the 1787 Convention were mutually wary of that “baleful spirit” and therefore made no allowance in the Constitution for party involvement. The Convention did not provide for partisan mass meetings, the appointment of party delegates, party nomination of candidates, campaign platforms, the caucus, or any of the party control mechanisms that now dominate the election of a U.S. president. In violation of constitutional intent, the party system has made a mockery of the Electoral College by controlling the votes of presidential electors, requiring them to “vote” only for the party’s pre-determined choice.

As we approach the next presidential election, the usual chorus of “experts” will again call for scrapping the Electoral College. They will insist that we need only count the popular vote and get on with naming the new president. Fortunately for America, what’s left of the Electoral College — even in its corrupted form — retains redeeming and restraining elements: 1) Election of the president is still determined by the number of electoral votes; and 2) the voting power of rural and less populous states is greater than it would be if the Electoral College were abandoned. These two principles of republican government yet stand as sentinels against our descent into total, unrestricted democracy.

In 1804 the Twelfth Amendment revised the Electoral College slightly with regard to the selection of vice president, in order to prevent two incompatible individuals from serving concurrently. This change still provided no authority for parties to control the election. The Constitution has never been amended to grant any such power.

Apparently no one is losing sleep over this, for we know of no amendments in the hopper for legalizing this power, which is now taken for granted by the major parties. That is one boat few politicians want to rock. It is far more likely that the Left — and its ever-willing right hand — will one day make a serious effort to abolish the Electoral College.

What Should Be Done?

Foremost, we must oppose any effort to abolish the Electoral College whether attempted with or without a constitutional amendment. We will do well to remind our friends and their officials in the small and less populous states that the Electoral College was designed, in part, to protect them, to help offset the voting power of large majorities in the more populous states. Every state, regardless of population, was given two senators (two extra electoral votes) for that very reason.

Unfortunately, an aggressive effort to correct the party control of presidential elections should probably not be undertaken until a much wider understanding of constitutional principles has been created. In the present climate, any momentum for reforming the presidential election process would all too likely be hijacked to our nation’s detriment.

In the meantime, it is vital to build organization to create that understanding. Tom Gow’s article, The Great American Swindle, certainly spells out the depth, deceitfulness, and danger of America’s love affair with presidential elections. As we enter another round of presidential campaigning, now is an excellent time to obtain the widest possible distribution and attention for this insightful summary of vital lessons. Surely you know many people who will benefit from this timely report, and we must not fail to send or email a copy to each of those individuals.

In his article, Tom Gow shows why new faces in the White House never seem to change the disastrous course of our country. The formula envisioned by our Founding Fathers was for the people to exercise control of the federal government, not through the courts, and not by electing a president, but through the House of Representatives.

Control Through the House

The far-sighted design of our federal system provided not only for the indirect appointment of the president, but also for the appointment of members of the Senate,* and justices of the Supreme Court. The House of Representatives balanced the scale by speaking for the people, and being directly accountable to them by virtue of their short two-year terms and frequent re-election. James Madison explained: “As it is essential to liberty that the government in general should have a common interest with the people, so it is particularly essential that the branch of it under consideration [the House] should have an immediate dependence on, and an intimate sympathy with, the people.” (The Federalist, No. 52.)

In the same essay, Madison cites unique checks on the House of Representatives. He noted that “it has, on occasion, been shown that the federal legislature will not only be restrained by its dependence on the people, as other legislative bodies are, but that it will be, moreover, watched and controlled by the several collateral [Senate and state] legislatures, which other legislative bodies [in other countries] are not.” It was fully expected that the House would stand firmly with the people and not be seduced by pressures from the executive branch.

On a wide, national scale, this avenue for rolling back the accumulated encroachments has not yet been tested. But on isolated issues, particularly in districts where sufficient understanding has been created and in which citizens have spoken up, a majority in the U.S. House have in fact taken the constitutional high ground.

Whenever a constitutional position has wide public support, even when the public is not fully informed or well led, the Conspiracy must orchestrate major deceptions and use its influence over the national parties in order to manipulate the House. The large number of legislative districts and the natural ties of the people to their men and women in the House make it far more difficult for the Insiders to apply pressure in the House contrary to sound, widely held positions at home.

The 1787 Convention placed a powerful check in the hands of the House of Representatives. It comes as a surprise to many Americans that the Constitution grants greater power to this body than is accorded the president of the United States. When more Americans awaken to this reality, and understand the power they have to take control of their government through the U.S. House, party domination of the Electoral College and false heroes in the White House will vanish, along with a vast number of other problems affecting the freedom and independence of our country.

Our chances of success through the U.S. House may not be perfect, but they are at least excellent.

* This held true prior to the Seventeenth Amendment.