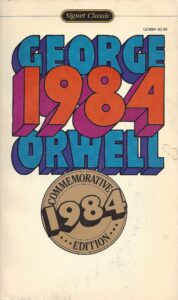 In the world today, we are bombarded with information of all types. Popular categories include sports, home improvement, health, business, politics and economics, self-help, quality products and services, etc. This information often is intended to influence our behavior. In many instances, false information or disinformation is disseminated for selfish or sinister purposes. We can agree that cigarette manufacturers and suppliers do not have the people’s best interests at heart, and though they advertise their product as appealing, the rate of lung cancer increases as a result. Clearly, these companies care more about money than people.

Unfortunately, cigarette companies do not compare with greater evils that are present. Only existing in the shadows, a threat not to public health, but to freedom itself, is on the move. This threat, or better yet, conspiracy, is a hidden, power-hungry elite whose purpose is to enslave humanity on an international scale. The important point to consider is that this elite cannot ultimately achieve its global government agenda without first indoctrinating the masses with socialist/communist disinformation.

Orwell’s Lesson
George Orwell’s classic novel 1984 depicts a dystopian society in which the inhabitants of the continent, Oceania, live under totalitarian rule. This condition of society did not happen by accident. Orwell makes clear in his novel that Totalitarianism begins with Socialism, as indicated by the ruling class’s political ideology called INGSOC (English Socialism).

Under constant surveillance of the Thought Police, the Working Class and the Outer Party are force fed propaganda through a machine called the “telescreen.” Much like a modern tv, the telescreen not only monitors the people for any rebellious intentions but also displays the superstate’s current “news.” Throughout the day, constituents of each party must take breaks to watch the news. This ongoing disinformation, with its tendency to confuse and distort the facts, is important in keeping the masses as subservient automatons to Big Brother.

Much like 1984, our world today is facing a brainwashing epidemic secretly manipulated by the ruling class. Public education, news outlets, books, magazines, social media, and other mediums of communication all contribute to the indoctrination of those who are not part of this conspiratorial elite. Unless Americans soon become aware that modern devices like tv monitors are being used as propaganda machines, they may never reach the point to where they can think for themselves and make decisions based on sound American principles.

Freedom First Society, unlike the mainstream media, offers information that is credible and true. By joining this organization, one can learn to sift through the Conspiracy’s propaganda and help save America from becoming subject to a totalitarian government like the one in the classic novel, 1984. We strongly encourage freedom-loving Americans to join now before it is too late.