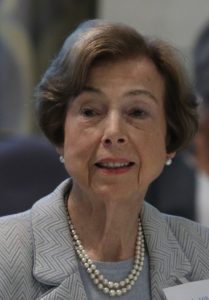 On March 13, 2020, Canada ratified the USMCA, paving the way for it to go into effect as early as June.

Although one can compare the 2,000+ page USMCA agreement with the NAFTA text and draw conclusions, the most important insight recognizes that both these schemes were conceived by top Internationalists to implement “progressive regionalization.”  And therefore we should look at that agenda to see how they intended for NAFTA, and now its successor USMCA, to evolve.

As documented in our earlier post, “The USMCA Scam,” Internationalists have adopted “progressive regionalization” as an effective steppingstone to world tyranny. In that post, we provided several good windows to those plans, tying them to top Internationalists — David Rockefeller, Henry Kissinger, Zbigniew Brzezinski, and the Internationalists’ Council on Foreign Relation’s (CFR) journal Foreign Affairs.

With this follow-up post, we draw attention to another good window to those plans — a Task Force Report, “Building a North American Community,” sponsored by the Council on Foreign Relations.  The CFR published the Report in 2005.   (Also see the links at the end of this post.)

Note: The CFR takes pains to portray itself as taking no official foreign policy positions, and so the Task Force is called an Independent Task Force and the Council does not “officially” embrace the Task Force recommendations.  But those claims are deceiving.  No one really cares whether the Council “officially” endorses a policy developed by CFR members. The CFR’s work and the work of its exclusive membership betray the Council’s aims.

Indeed, the Foreword to the 2005 Report was written by Council of Foreign Relations President Richard Haass.  In the Acknowledgments, Haass is given credit for having “proposed this Task Force and supported it throughout.”  Also, participating in the Task Force were fellow Internationalists from Mexico and Canada.

In Freedom First Society’s 2012 book, Masters of Deception, we established the significance of the recommendations by the Task Force:

“Among the American members of the Task Force were Robert Pastor (CFR), Carla A. Hills (CFR director and later co-chair of CFR), James R. Jones (CFR), Gary C. Hufbauer (CFR and CFR VP 1997-98), and Jeffery J. Schott.  Hufbauer and Schott had authored a 1994 report of the Institute for International Economics (a CFR-aligned think tank) that proposed a Western Hemisphere Free Trade Area (a precursor name to the FTAA) following the pattern of the European Union.

“In May 2005, the CFR’s Independent Task Force issued its report, “Building a North American Community,” which included a proposal for a North American Security Perimeter.  On June 9, Task Force co-chair Robert Pastor appeared before a subcommittee of the Senate Foreign Relations Committee to present the plan.

Romans: “The idea here is to make North America more like the European Union….”

Dobbs: “Americans must think that our political and academic elites have gone utterly mad at a time when three-and-a-half years, approaching four years after September 11, we still don’t have border security. And this group of elites is talking about not defending our borders, finally, but rather creating new ones. It’s astonishing.”

“A few months earlier, on March 23, 2005, President Bush held a special summit in Waco, Texas with Mexican President Vicente Fox and Canadian Prime Minister Paul Martin.   At Baylor University, the three heads of state called for a “Security and Prosperity Partnership of North America.”  Cabinet officials for the three nations were given 90 days to form a variety of working groups to come up with concrete proposals for implementing the Partnership.

“The cabinet ministers issued their joint report, which paralleled the CFR proposal, on June 27, 2005.  One month later to the day, U.S. Assistant Secretary of State for Western Hemisphere Affairs Roger F. Noriega testified before a House subcommittee, revealing what had been transpiring without congressional oversight: ‘Thus far, we have identified over 300 initiatives spread over twenty trilateral [meaning U.S., Canada, and Mexico] working groups on which the three countries will collaborate.’”

More on the Security Scam

The Report’s recommendations, including those ostensibly addressing security, focused heavily on hemispheric integration, which, as we will see, would undermine both our security and our prosperity.  For example: “Lay the groundwork for the free flow of people within North America.”

The Report also ignored the work of followers of Fidel Castro in Mexico.  For decades, U.S. Internationalists had pushed socialism throughout Latin America, stifling Mexico’s development.  But Castro took the revolution a step further. It’s significant that Castro owed his rise to power to the influence of U.S. Insiders.

When Castro took over Cuba, there was a widely repeated caustic quip that he got his job through the New York Times.  Indeed, Herbert Matthews of the Times had lionized Castro as a modern day “Lincoln” to Americans, paving the way for the U.S. State Department to pull the rug from under then reigning Fulgencio Batista.  Our Ambassador to Cuba at the time, Earl E. T. Smith, reported the State Department actions in his book The Fourth Floor.

In 2005, Castro was widely admired among Mexican officials.  Yet Castro’s Cuba had helped the spread of terrorism worldwide.  In 1966, Castro hosted the Tricontinental Conference in Havana, to give representatives of 83 groups a global revolutionary strategy.  According to former CIA Deputy Director Ray Cline, at one time Castro would turn out about 1,500 Latin American terrorists a year. Alone, that makes the Task Force’s proposal for  a North American Security Perimeter ridiculous.

A primary, but hidden, purpose of the agreements masquerading as trade agreements was to build regional governments, starting with regional boards. These boards would carry out the Internationalist agenda of establishing authority above the U.S. Constitution and making nations subservient.

Of course, the Task Force report was not honest about what is really intended. Top Insider Zbigniev Brzezinski, architect with David Rockefeller of the Trilateral Commission, described the strategy candidly at Gorbachev’s 1995 State of the World Forum.  (See our earlier post, “The USMCA Scam.”)

We remind our regular readers of some additional evidence showing that top Insiders seek to eliminate independent nations, turning them into mere providences of regional governments, which they will then control.  We quote here from Freedom First Society’s Masters of Deception:

“The Wall Street Journal
“The late Robert L. Bartley provides an excellent example of the controlled opposition.  Bartley served as the editorial page editor of the Wall Street Journal for 30 years (from 1972 to 2002).  Adopting the image of a conservative free-market Republican, Bartley would use the Journal to promote internationalism (NAFTA, WTO, the IMF and World Bank) to its mostly conservative readership.

“Bartley was invited to join the CFR in 1979.  He also showed up on the membership roles of the even more selective Trilateral Commission and attended the internationalist Bilderberg meetings.

“Bartley would cleverly argue the wisdom of sacrificing national sovereignty to the Journal’sreaders.  “I think the nation-state is finished,” Bartley once told Peter Brimelow, senior editor for Forbesmagazine and Bartley’s former colleague at the Journal. “I think [Kenichi] Ohmae is right,” Bartley continued.

“In “The Rise of the Region State,” an essay for the Spring 1993 issue of Foreign Affairs, Ohmae had written: “The nation state has become an unnatural, even dysfunctional, unit for organizing human activity and managing economic endeavor in a borderless world.” Apparently Brimelow had not recognized Bartley’s agenda:

“In later years, Bartley would become even more open in his advocacy of internationalist goals:  In an editorial for July 2, 2001, entitled “Open NAFTA Borders? Why Not?” Bartley wrote:

“Reformist Mexican President Vicente Fox raises eyebrows with his suggestion that over a decade or two NAFTA should evolve into something like the European Union, with open borders for not only goods and investment but also people. He can rest assured that there is one voice north of the Rio Grande that supports his vision. To wit, this newspaper….

“Indeed, during the immigration debate of 1984 we suggested an ultimate goal to guide passing policies — a constitutional amendment: ‘There shall be open borders.’”

As we documented in our earlier post, “The USMCA Scam,” Henry Kissinger and David Rockefeller both viewed NAFTA as much more than a trade agreement.

We conclude our look at the 2005 Report by highlighting one more set of Task Force recommendations:

Here we see the Task Force further undermining the principles of freedom by selling anti-American collectivist ideology — the concept that government is the source of human progress.  Clearly, this concept fuels the real Insider goal of world tyranny.

Unconstitutional federal control of U.S. education already seeks to radicalize our youth and indoctrinate them with revolutionary “political correctness.”  Imagine the impact of programs that accommodate Communists and hardened socialists.

We conclude with some convenient links to related FFS posts: